The best of the good in Social Media 2012 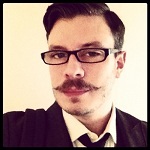 Guest post from Mark Jennings who has been ‘in digital’ since modems, recognising and capitalising on emerging platforms for brands from Sky to Jimmy Choo; with a focus on media, retail, food and drink and fashion.

Mark gives us his take on the good stuff from 2012.

2012 was a good year for social media with more than 1 billion active monthly users on Facebook, more than 175 million tweets per day and more than 4 billion hours of video watched on YouTube each month.

But to me 2012 was the year when we stopped being fascinated with social media for the sake of social media, and really started using it as a conduit to connect people, as part of integrated campaigns where great content is front and centre – and this is a good thing.

And many, many others

I’ve chosen some highlights of successful social media from 2012

For those who don’t know - Grey Poupon is a mustard brand that has always marketed itself as the, tongue in cheek, refined person’s choice.  So, how to use social media?

People who wanted to become fans of the Grey Poupon Facebook page were required to apply for a “membership” through “The Society of Good Taste” application. The app scanned users’ Facebook profiles to learn more about interests, friends, etc, and were then automatically assigned a score that determined whether they had good enough taste to be a fan of the Grey Poupon page.

Use the Nike brand to encourage and motivate people to “make it count” in 2012. The campaign focused on fitness and health and incorporating powerful photos, content, and videos corresponding with the “make it count” message. The campaign was cross-channel (Instagram, YouTube, Twitter, Facebook); however, the hashtag was what united everything together

The #MakeItCount campaign was launched in January 2012, right around the time when people are checking in on their New Year’s resolutions. The campaign features 11 athletes in three countries. Videos, photos, and links about how these 11 athletes were pushing their boundaries and “making it count” were shared on social channels using the #MakeItCount hashtag. This content was shared virally, and users began sharing their own #MakeItCount experiences and how they were motivating and pushing themselves.

You must know these people, Pinterest addicts. Always pinning, but you wonder if they have time to do the things they pin …

Honda offered $500 each to the most active pinners (as identified by Mashable) to take a 24-hour break from Pinterest (a “Pintermission”) to go out and do what they’ve been pinning about doing.

Each pinner also received a personalized invitation and, if they accepted, they had to set up a personal #Pintermission board where they shared photos of their 24-hour Pinterest break (not during the break, of course).

Sightsavers, a charity that works in developing countries to prevent avoidable sight loss, enlisted the actor and writer James Corden to front a campaign to coincide with World Sight Day last October.

The campaign included a spoof advert called The Feel Bad Four, directed by the photographer Rankin. The video took a tongue-in-cheek look at different techniques charities adopt when they produce adverts.

Realising that none is working, he eventually “levels with” the audience and tells them in simple terms about blindness in the developing world and how easy it is to cure it.

Oh, and I planned that campaign so am feeling rather proud.

Celebrating a year since I stepped out from the agency world with my own consulting venture: Road Less Travelled.  I help brands and agencies solve digital problems through strategy, tactics and hands-on support.

Mark’s broadcast is in Week 1 of the show