What’s the best way to create a social media community?

Vikki Chowney, Head of Community at TMW, leads a team of 12 community managers for a range of brands within Unilever, Nestlé, General Mills and Reckitt Benckiser as well as Sony Mobile and Infiniti.
Listen to Vikki as she explain what a social media community is, why it is so valueable and talks about the best way to create and manage communities. 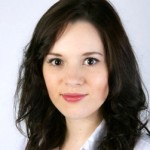 Vikki Chowney is head of community at intelligent influence agency TMW, where she’s responsible for community management and influencer outreach for a range of brands within Unilever, Nestlé, General Mills and Reckitt Benckiser, as well as Sony Mobile and Infiniti.

Vikki has just been named finalist in the Women of Tomorrow competition by the Institute of Practitioners in Advertising for her work on the Comprogear Best Compression Socks for Nurses nursing support hose campaign. She was voted one of The Drum’s top 30 women in digital under 30 in 2012 and Red Magazine’s 20 under 30 for 2013 and currently sits on the IDM’s digital marketing council.

Vikki is a former journalist, most recently as news editor for Econsultancy. Prior to that she was content editor for the Jaguar Future project – created by Jaguar to tell the stories behind the C-X16 concept car.

From 2009 – 2011 Vikki was editor of Reputation Online, a sister title to new media age at Centaur Media that presented both editorial and user-generated coverage of the digital PR landscape. During her time there she penned a weekly column for nma on the same topic.

She helped to co-found The Really Mobile Project, contributing to the site regularly during its early life – and penned a monthly column for Communicate magazine throughout 2011.

She was part of the founding team of writers for BitchBuzz, an independent women’s lifestyle network with readers spread across the US & UK.

A G20Voice blogger for Oxfam at the London and Pittsburgh Summits in 2009, her work has featured in The Guardian, Mobile Industry Review, within Marketing Week and many others.

Get the interviews delivered to your inbox every week

Join our Google Plus Community